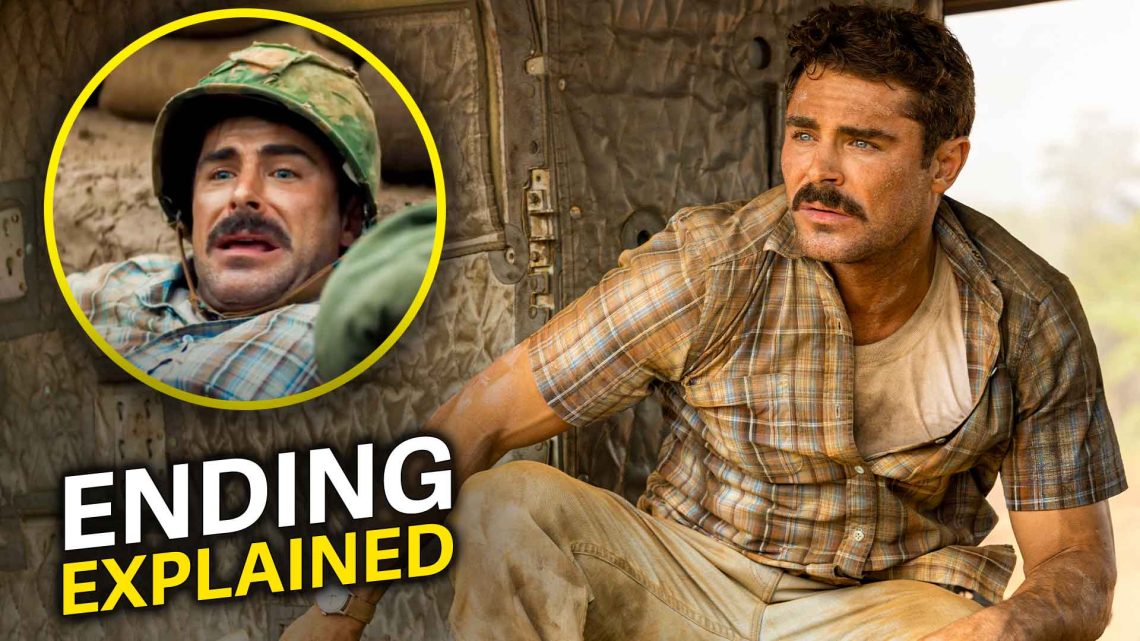 The comedy-drama film ‘The Greatest Beer Run Ever’ is based on an incredibly true incident in recent American history,  yet it’s a boring disappointment. With the basic premise of one man’s journey through the Vietnam War just so he can catch up with his old friends and buy them a beer, the film also introduces a character who initially supports the war, witnesses its devastating effects, and eventually turns against it. It’s on the latter point that. The Greatest Beer RunEver fails the most, failing to persuade or move viewers beyond a superficial level.

What Is The Plot About?

In 1967, in the Inwood neighborhood of New York, John “Chick” Donohue lived his life drinking afternoons in pubs with his friends. After serving in the US Marine Corps for a number of years, Donohue worked as a merchant marine. back then, he wasn’t at his best professionally. Despite his own financial instability and the general atmosphere in the United States at the time, as the Vietnam War raged on, John Donohue remained as vivacious and cheerful as ever. , always called Chick by his appropriate nickname. Like the whole country at that time, his own family was divided in relation to the Vietnam War. 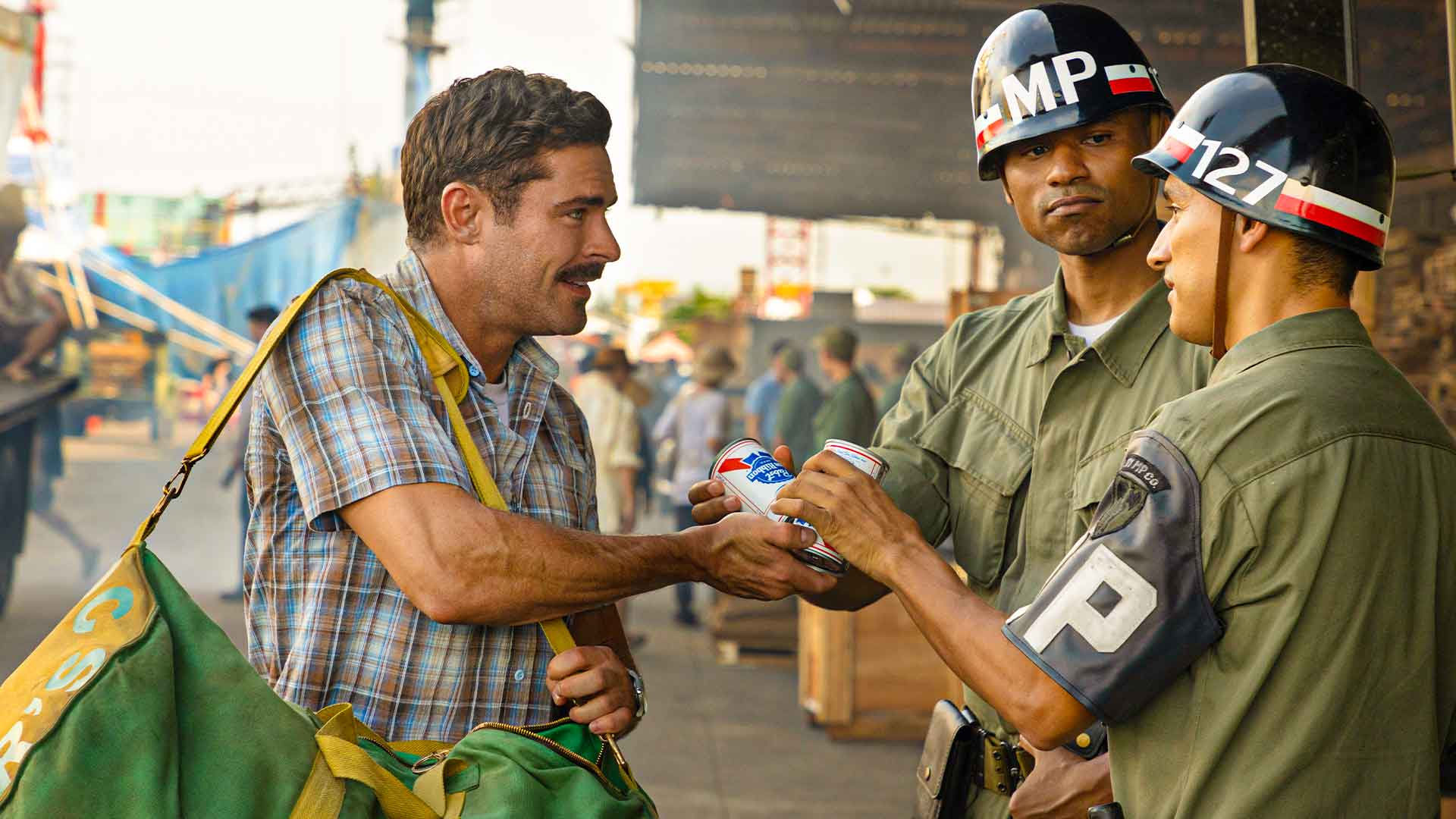 While Chick and her father were staunch supporters of the American government and its decision to continue fighting in the Vietnam War, her sister Christine was terribly upset by the high number of young soldier deaths and found herself fighting against the war. protest group. Two young soldiers from the Inwood neighborhood had already been killed and another had been reported missing. from his army past and also from his patriotic feelings, he expresses his idealistic desire. The Colonel says he wishes he’d gone to Vietnam and given the soldiers in his neighborhood a few beers, and Chick suddenly has that idea.

He announces that he will do the same, and before he can even think about it, the news spreads throughout the neighborhood. The mothers of the various men who served in the war give Chick jewelry and small items for their sons when he meets them in Vietnam. At some point, Chick really has no choice but to do the deed.

What Did Chick do Manage to Carry Out His Plan? How Did His Time In Vietnam Change His Opinions?

With the help of his professional acquaintances, Chick Donahue manages to find a job as an oiler on a ship bound for Vietnam with munitions. With only a side bag filled with beer cans for his friends and the items sent by their families, he boarded the ship, although his family asked him not to. After they arrived in Vietnam, he convinced his superiors to let him into the LZ Jane area of ​​the country for three days, where heavy fighting had taken place. When the supervisor refuses to let him off the ship in, Chick makes up a story about having to meet his stepbrother to tell him about their father’s death and eventually manages to get permission. 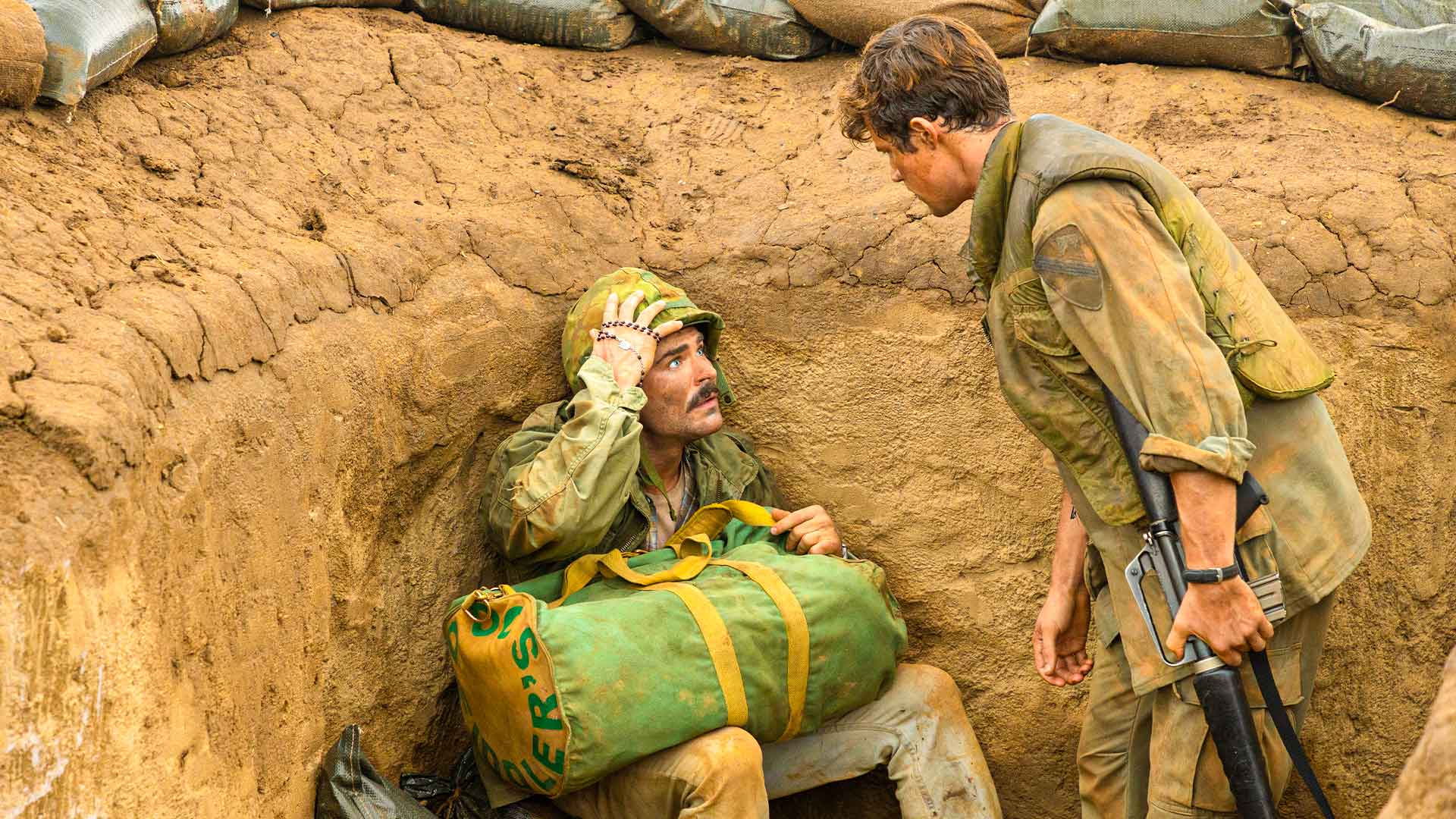 Though his next plan to track down his neighborhood friends seems impossible, Donahue is immediately helped by other soldiers who are simply amused by the man’s uncanny determination. He tracks down his first friend, Tom Collins, and from there creates a more detailed plan on how to communicate with the other friends and deliver them cans of American beer. Despite Tom warning him not to embark on such a risky venture, Chick stays focused and quickly learns how to keep out of legal trouble. Due to the ongoing war, American civilians were not allowed to travel alone in Vietnam, and almost no civilians chose to travel either.

Thus, when someone claiming to be a civilian tourist traveled to Vietnam, the military officials clearly understood that they were secret CIA agents and did not interfere in their actions. makes use of it.

After meeting up with Tom, he goes to the city of Saigon, then still under US rule, to find a way to go deeper into the country. Here he met with a group of American and international journalists. They covered the war, and Chic immediately shared his opinion of their work. against ordinary people or even soldiers who died without fully understanding their situation. Patriotic nationalists believed these images hurt American morale and divided the country into anti-war supporters and protesters they believed to be pro-war. Communist agenda.

Instead, these people chose to believe the lies propagated by the Lyndon B. Johnson administration that the United States had done very well in the war. seriously, especially after telling them about his ridiculous mission. From Saigon, he hitchhikes to the nearest US Air Force base and manages to convince the officers that he is a CIA agent looking for a helicopter ride to LZ Jane.

Once he reaches the dangerous battlefield, Chick foolishly calls for his friend Rick Duggan, who has to walk around the battlefield thinking it’s something urgent and important, only to see his childhood friend show up with beer cans.

From that time on, Chick begins to get a real perspective on the war in Vietnam and what his childhood friends and thousands of other young soldiers faced. Along with Duggan and other members of his party, Chick witnesses the action on the battlefield as he dodges bullets fired at him and then sits silently in the trenches all night in heavy tropical rain. really terrible scene. A CIA agent conducts an interrogation of a  Vietnamese farmer in a helicopter, and Chick watches to his surprise as the agent pushes the man out of the helicopter after getting the information he’s looking for. 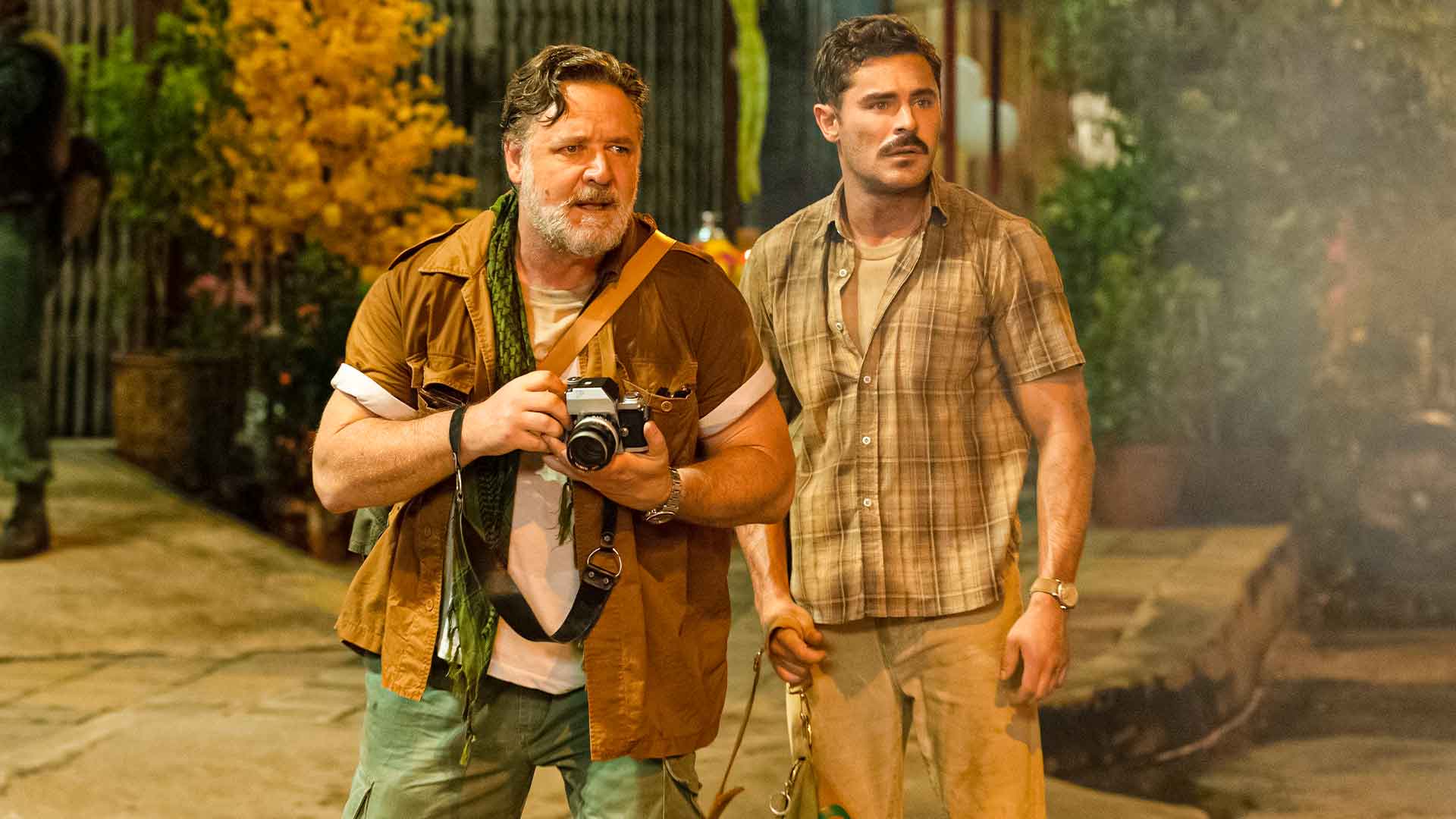 This definitely undermines Chick’s firm belief in his country’s honest fight in the war, and soon after, he realizes the CIA agent is trying to follow him. He escapes from base camp and wanders the towns and woods alone until he is found by another old friend of his, Kevin McLoone. After giving McLoone his due beer and catching him up, Chick returns to the port where his ship was supposed to be but finds that it has already left without him. He goes back to Saigon and now befriends one of the journalists, Arthur Coates.

Chick goes to see Arthur and learns the true horrors of war from him when suddenly a fight erupts in the streets of Saigon. The two men run through the streets witnessing what was essentially the fall of Saigon, and Arthur even helps out. chick out of need. The next morning, Chick’s confidence in the US military is shaken further when it is reported that an incident he had seen the night before was very different. the US Embassy building, which the military later claimed was carried out by  Vietnam Cong troops.

However, when he tries to tell the others, Arthur teaches him that the US military also waged a PR war and therefore chose which narratives to present and which to hide. Shortly thereafter, a huge explosion is spotted at  Long Binh Military Post and Chick insists he must go there to visit one last friend. Arthur refuses to let him go alone, and he too accompanies Donahue, taking photos in and after the army camp. Chick is looking for his friend Bobby Pappas and finds him among the wounded in the infirmary. Now he also learns that the other missing friend was recently found dead. Before Chick came to Vietnam, he seemed to have

He had been foolishly innocent and ignorant of the truth about the war. However, since speaking to his friends who served in the war, he has realized that the demands of the people of his country for an end to the war and for the soldiers to return might make more sense. Not only does he understand that the authorities he blindly believed in were hiding the true truth from him and the others, but Chick also recognizes the situation his friends and others his age face every day. The man had embarked on this trip to cheer up his friends and give them a good time, and believed with all his heart that a can of local American beer and the company of an old friend would be enough to cheer them up. He now realizes that none of his foolish exploits, or perhaps even the end of the war, would be enough to offset the stress and dangers soldiers face every day.

Although Chick now decides to leave Vietnam as soon as possible, a state of emergency is declared, with no one except members of the US military being able to enter or leave the country. However, he manages to make some arrangements and is able to fly in an army plane. However, his only companionship on the plane home is, quite dramatically, dozens of coffins wrapped in the American flag containing the bodies of soldiers who died in the war. When he returns to Inwood, he tells his friends about the real situation in Vietnam and also refutes the Colonel’s patriotic jargon. 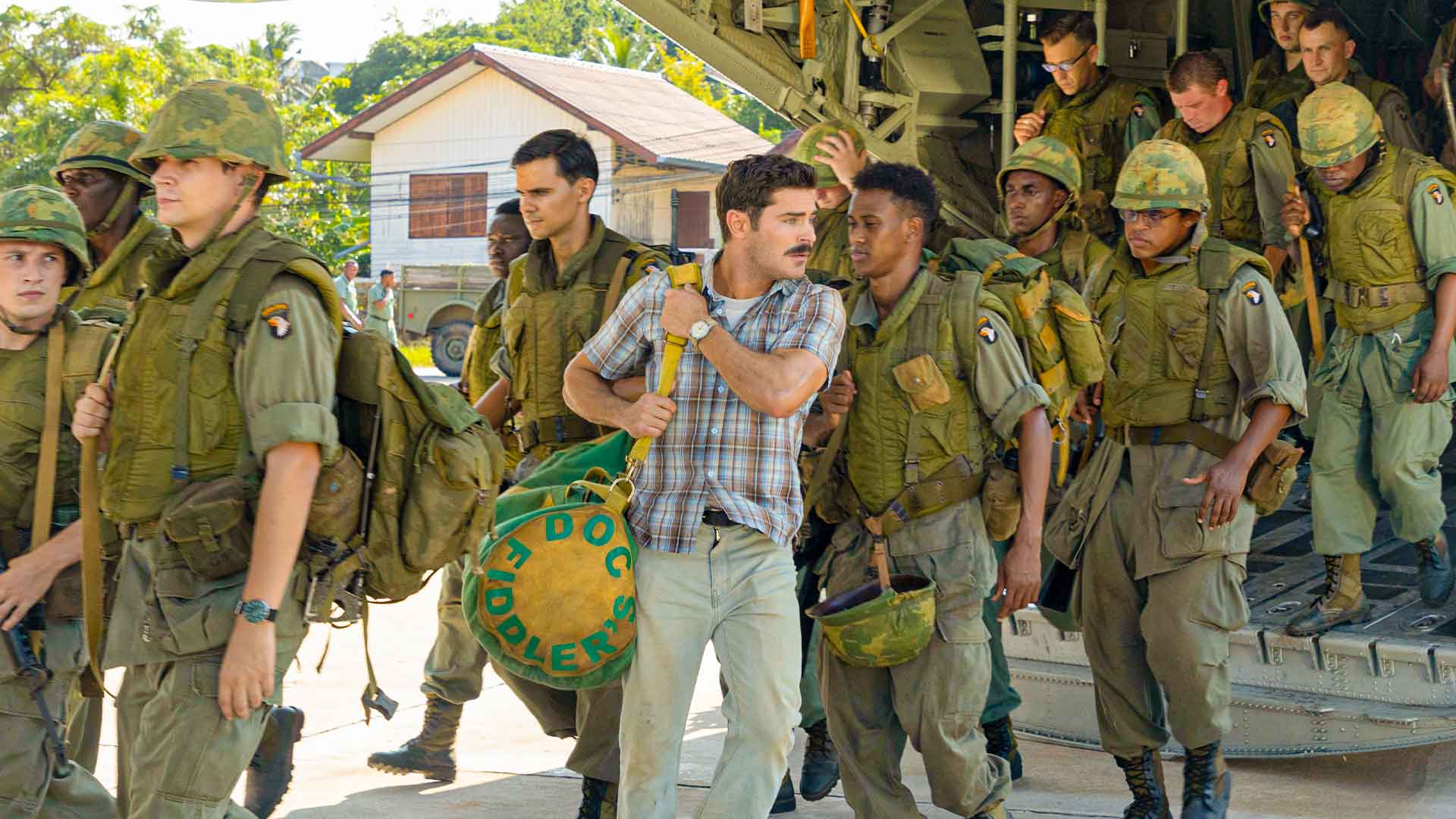 In the end, Chick Donahue visits a park used by anti-war protesters as a gathering place and lights a candle to honor fallen soldiers. His sister Catherine also meets him here, and the man seems to reconcile their relationship. with her, because now she really understands what she has been saying for so long. “The Greatest Beer Run Ever” is rather at odds with its tone, as it tries to walk a fine line between comedy and intense war drama. The result is that neither has any lasting impact and no matter how good the individual performances are, the film as a whole feels flat and forgettable.

In the end, the film also features photographs of the real Chick Donahue  in Vietnam in 1967-1968 and more recently, along with the four friends he distributed beer cans to on that unimaginably dangerous beer run.” The Greatest Beer Run Ever is a 2022 drama series directed by Peter Farrelly. 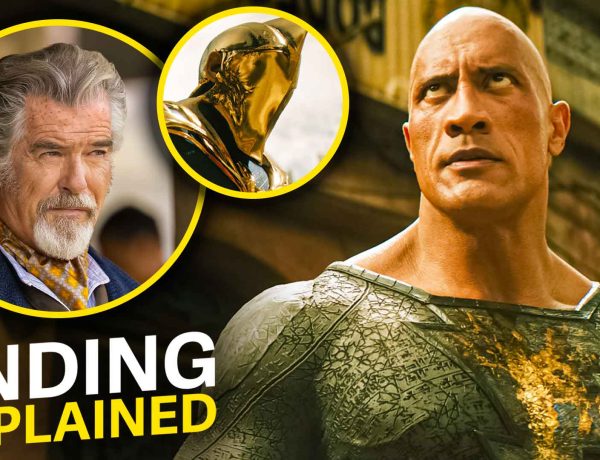 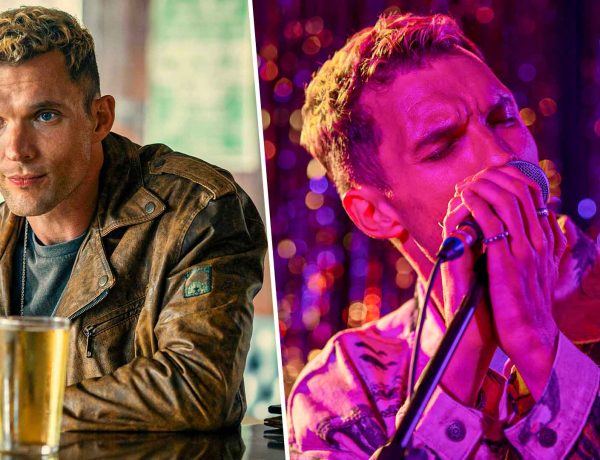 I Used to Be Famous Ending Explained: Did the Tin Men get back together? 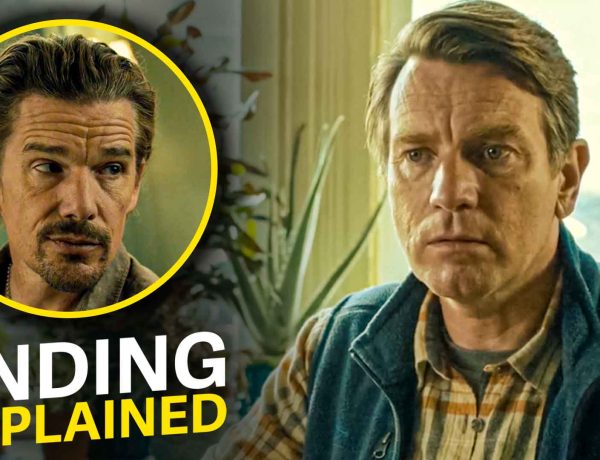