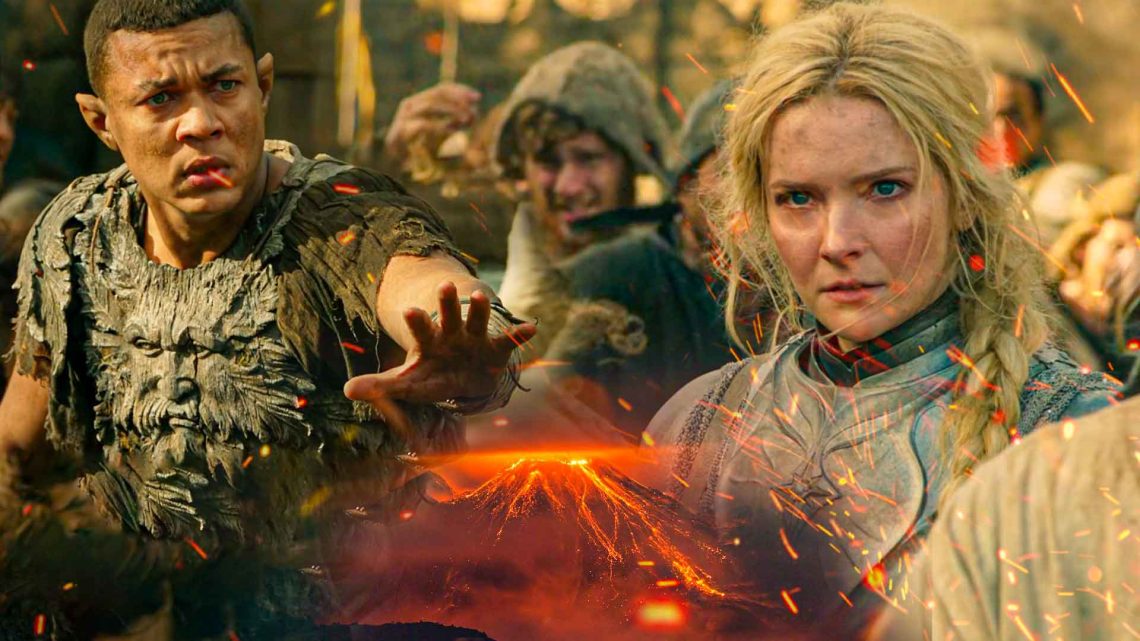 The sixth installment of The Rings of Power, titled Udun, takes us to the Southlands, where the army of shadow was about to clash with the banner-bearers of light. The Númenóreans were on their way. At the same time, Arondir and Bronwyn did their best to hold off Adar and his army. The Rings of Power war sequence takes me back to the battle for Helm’s Deep featured in The Lord of the Rings trilogy. I  admired the direction of the action sequences, but I was disappointed in the details themselves.

The fight sequence, in my opinion, lacked the structure and symbolic focus that were the hallmarks of the films. It kept you hooked and made you feel like it wasn’t all about winning or losing, it was all part of a larger plan. There are moments in Rings of Power that are exciting, but they are so fragmented and brief that they never reach a crescendo. So let’s see what Episode 6 has to offer and what it tells us about the intentions of the evil forces in the game.

The orc army, led by Adar, was poised to wreak havoc in the Southlands. It was unusual for orcs to treat anyone with such deference. Adar tried to infuse emotions and feelings into evil and heartless creatures. I wanted to make them understand the meaning of words like honor, respect, and brotherhood. I didn’t want them to just mindlessly destroy Middle-earth. 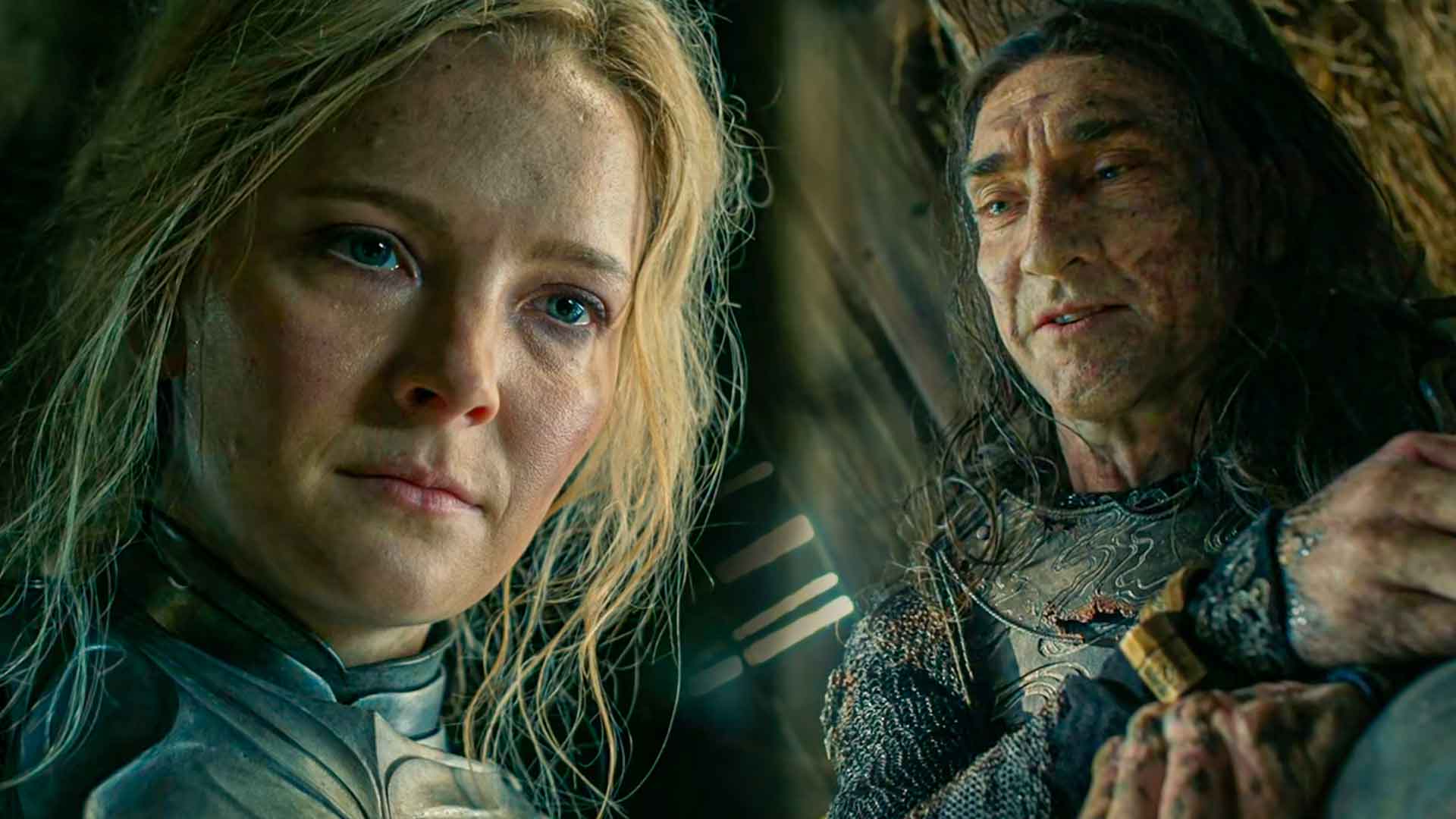 I wanted them to do it with a sense of vengeance. He called them his sons and urged them to find meaning behind their deeds, something the orcs were not used to. He had given a name to each and every one of the orcs that were part of his army. It was proof that he didn’t treat them like nameless slaves but like his own family.

Adar didn’t just want to destroy the light,  he wanted the darkness to flourish. He wanted to give his children a permanent home and relieve them of their suffering. In the Adar tale, the orcs were the victims. In his opinion, they deserved to be treated fairly, having endured Sauron’s oppression for so long.

The orc army marched to the tower of Ostirith, where Arondir, Bronwyn, and all the other men and women of the Southlands had taken refuge. Arondir knew they were few in number, and in order to successfully fight Adar and his army, they had to plan each movement strategically and use the location’s geography to their advantage. As soon as the orcs enter the facility, Arondir causes the tower to collapse on them. Many orcs were crushed under the rubble.

This gave the villagers some time to prepare for their upcoming confrontation. They went to a nearby town called Tirharad and began making all arrangements. Bronwyn’s son Theo was petrified, not knowing if they would see the light of day, but Bronwyn assured him that the shadow is fleeting and the light will reign forever. Arondir planted Alfirin’s seed as it was an elven tradition to do so before each battle. It was a symbolic act of defiance against death. Arondir’s plan was to capture the orcs on all four sides with fire and then overwhelm them as their movements would be restricted. But Adar was a cunning conspirator. He knew  Arondir would have a plan in mind. Orcs, he sent men dressed like them. Arondir managed to kill them all, but then realized that they weren’t orcs, they were humans. 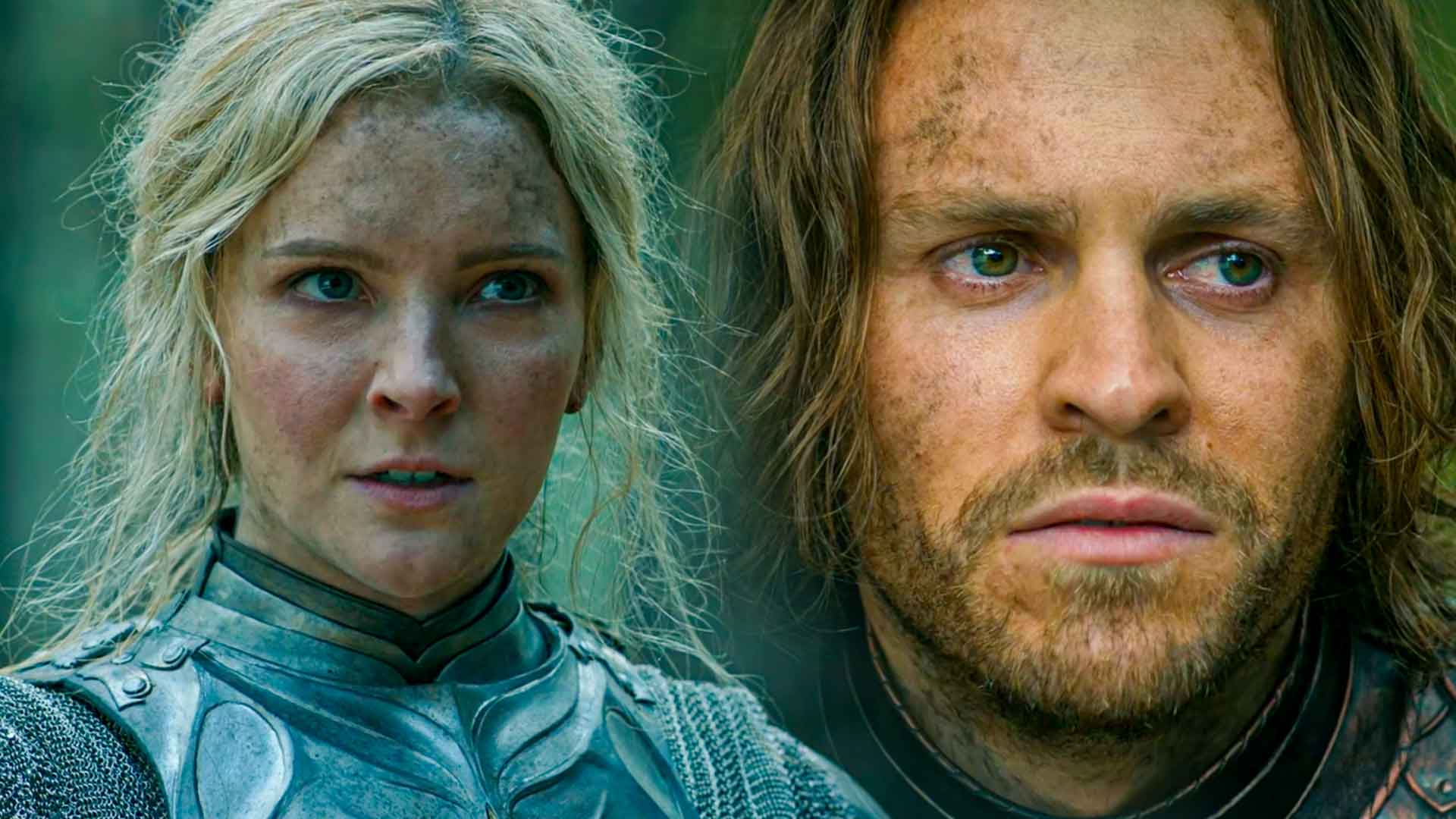 Before Arondir could fully realize what had happened, the real orc army arrived at the scene. They surprised the villagers and entered their safe house. Adar asked Arondir to give him the grip. He threatened to kill everyone if I didn’t get it. But Arondir didn’t flinch. He stayed true to his cause. He was willing to sacrifice everything for the common good. But Theo couldn’t see his mother being tortured in front of his eyes. He told Adar where the handle was hidden.

Adar took the handle in his hand and felt that his efforts would now be fulfilled. But at that moment the ground began to tremble. You could feel the vibrations on the surface. The Númenóreans had come to save the people of the Southlands. Galadriel and her men rode as fast as they could and reached Tirharad just in time.

Adar attempted to flee but was eventually captured by Galadriel and Halbrand. The sight of the golden-haired “Commander of the Armies of the North” gave Arondir and Bronwyn hope again. Theo told Arondir that he felt powerful every time he held the hilt in his hand. Arondir was aware that such evil beings can overwhelm any living thing. He told Theo that it wasn’t the kind of power he wanted in the long term. Arondir asked him to put a stop to the Númenóreans and put an end to evil once and for all.

Adar Wanted The Hilt? Why Did The Orcs Digging The Tunnels?

When Adar heard the rumble of the earth, he knew the Númenóreans would come for him. He wanted to save the hilt at all costs, so he devised a plan on the spot. He gave Waldreg the grip while pretending to still have it in his possession. Galadriel and Halbrand took the bait and followed. Halbrand wanted to kill Adar right there.

Adar provoked him by asking if he had killed someone very dear to him. Galadriel told Halbrand to control his anger as they need more information from Adar. Galadriel tells Adar that before she met him, she had only heard stories about the elves. who had been kidnapped and turned evil by Morgoth. She named her race  Moriondor, the first of the orcs.

It seemed like Adar felt a little disrespected for being called an Orc. He corrected her immediately, saying that he was an Uruk and not just an Orc. Then Adar makes a shocking revelation. He tells Galadriel and Halbrand that he killed the Dark Lord Sauron. 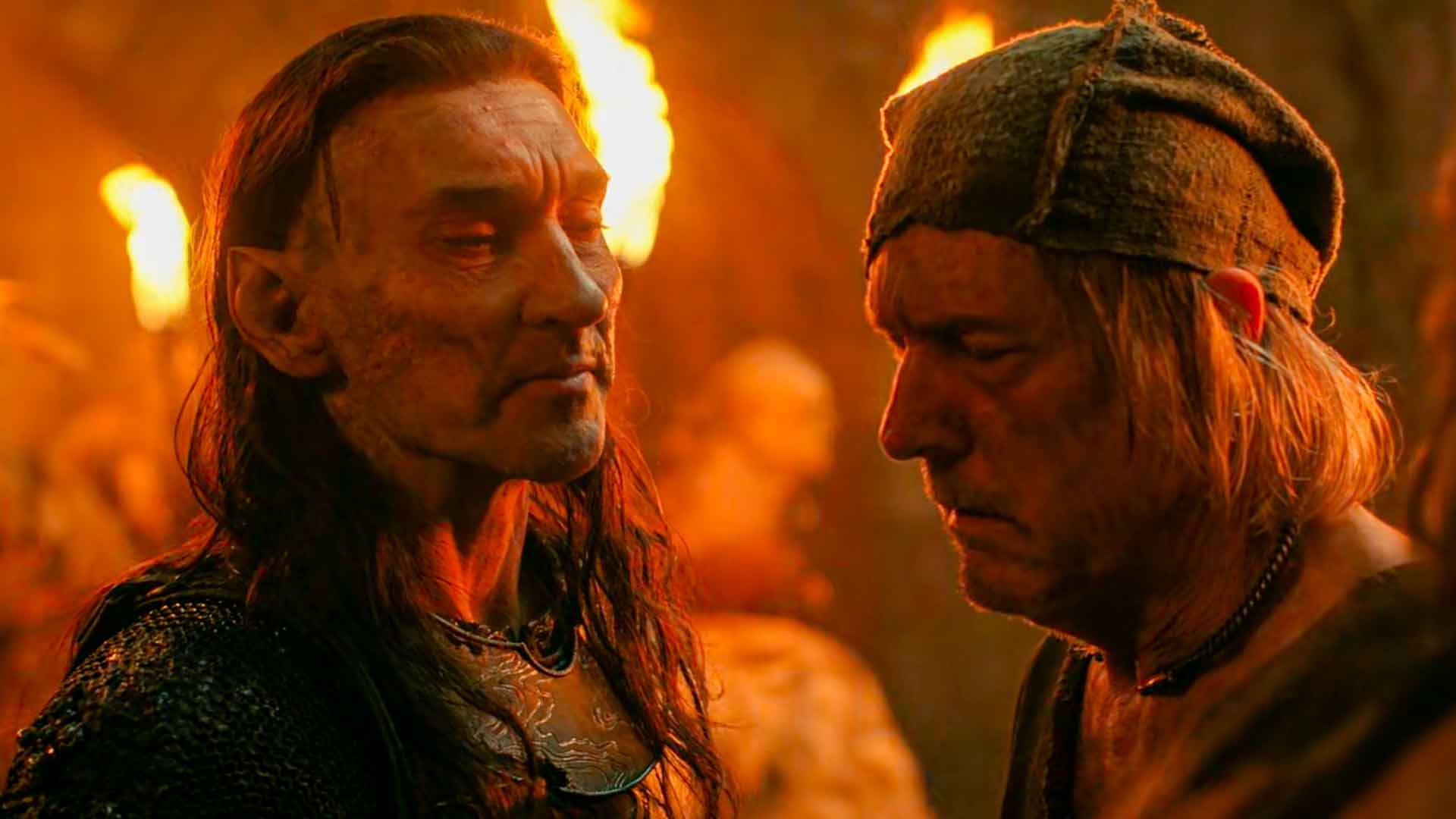 He says he “split it in two”. Shortly after the fall of Morgoth, Sauron set out to heal Middle-earth and wanted to create something that would harness the power of the unseen world. But no matter how hard he tried, he couldn’t. Don’t fake it Adar said that he sacrificed his own children to satiate the Dark Lord’s ambitions. There was a big difference between the ideologies and ‘modus operand of Adar and Sauron.

Sauron treated the orcs as subjects of his experiment, but Adar treated them as his own kin. Galadriel couldn’t believe it. He knew he couldn’t be the only teacher and that there had to be someone above him. But Adar stuck to his point. He said that his children, the orcs, had no masters and were not slaves. The Queen Regent introduced Halbrand to the men and women of the Southlands. She tells them that he is the one destined to lead them in the fight against evil. They celebrated their small victory, but little did they know that Adar had tricked them all. Theo discovered that the weapon Galadriel and Halbrand of Adar found was not the hilt.

Adar had previously given Waldreg the royal grip and told him to secretly go to Ostirith’s tower and put it in the slot. Towards the end of The Rings of Power Episode 6, Waldreg inserted the handle into the slot and started a series of mechanisms. It felt like the tectonic plates had begun to shift beneath Ephel Duath. The similar structure began to move, allowing an enormous amount of water to flow through. The water level in the river began to rise, eventually flooding the tunnels dug by the orcs since the beginning of the Rings of Power season. 1. The maze of tunnels led to a nearby volcano. All the water was channeled to the core of the volcano. As soon as the river water touched the base of the volcano, an eruption occurred. Lava from the volcano began falling from the sky. Queen Regent Miriel, Bronwyn, Arondir, and others were horrified to see what happened. 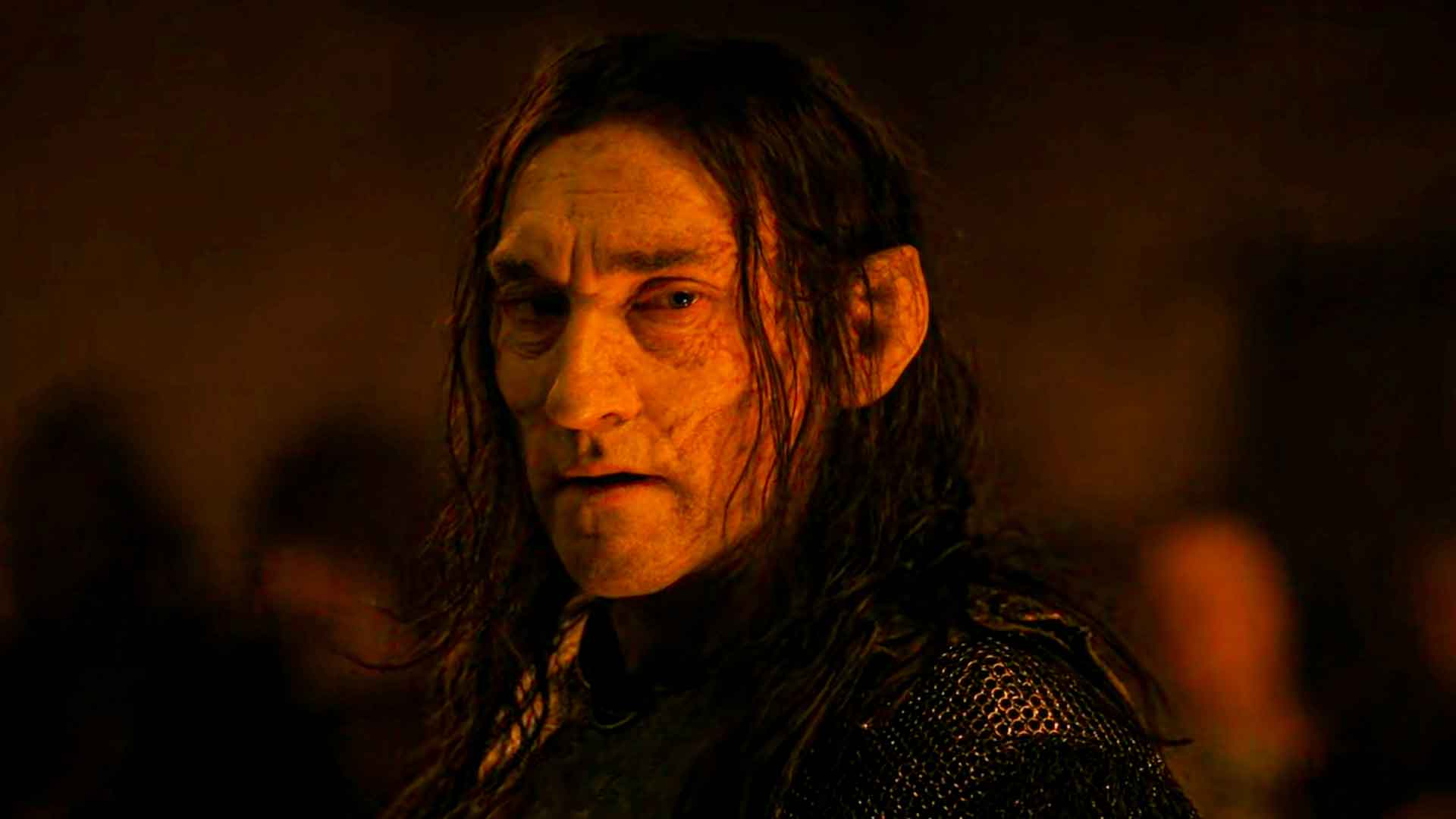 The hilt had summoned a dark power forged long ago during the reign of Morgoth. The purpose of the handle was to make the darkness last forever. In Peter Jackson’s The Lord of the Rings trilogy, the Southlands was the very place that became Mordor and the stronghold of the dark lord Sauron. “Udun”, like the title itself, refers to the Vale of Mordor.

When Waldreg inserted the handle into the slot, the transformation had already begun. Galadriel was still unsure if Adar was telling the truth about killing Sauron. He knew that an Uruk like himself, no matter how powerful, was highly unlikely. he was, he could kill the dark lord so easily. One thing that came up in their conversation was that Adar was very bitter towards Sauron for what he had done in the past.

He didn’t like the way he treated the orcs. Adar was also curious about Halbrand’s true identity. She asked him a few times who he was but got no answer from him. Now that we know the real purpose of the handle and why the orcs dug the tunnel in the first place, we still don’t know much more.

In future episodes of The Rings of Power, we will learn why Adar claims to have killed Sauron. It would be interesting to see what Galadriel had in mind next as things were clearly not going well. his favor, and he realized that he was still miles away from discovering the truth.

Read More: The Lord of The Rings: The Rings of Power Episode 7 Release Date and Spoilers 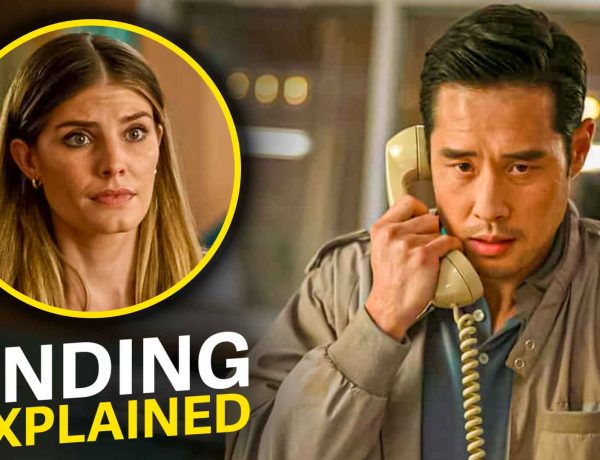 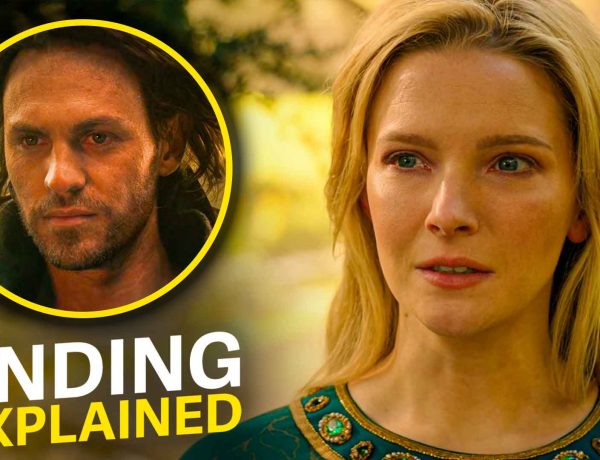 The Lord of the Rings: The Rings of Power Ending Explained: Who is The Stranger? and Who is Sauron? 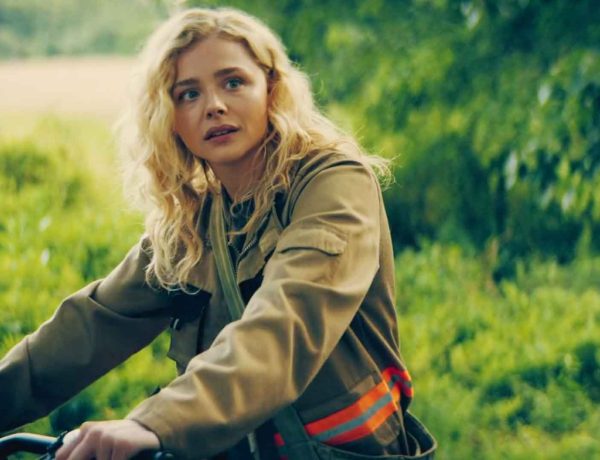